Silver City Blues sent it’s largest ever team with 18 swimmers competing a total of 180 swims across three days of competition at Ponds Forge in Sheffield. The club had another very successful event taking 40 medals in all 19 Gold, 11 Silver and 10 Bronze medals.

Scottish Records tumbled in the female 25-29 category with success for Rachael Keir and Laura Robertson. Rachael set 4 new Scottish records in the 100m, 200m and 400m Freestyle and equalled the record in the 100m Butterfly. Laura Robertson won Gold in the 400IM setting a new Scottish Record along the way. Martyn Lawrence also had success in the 25-29 age group in the Men’s event setting 3 new club records in the 200m Freestyle and in both the 100m and 200m Breaststroke. 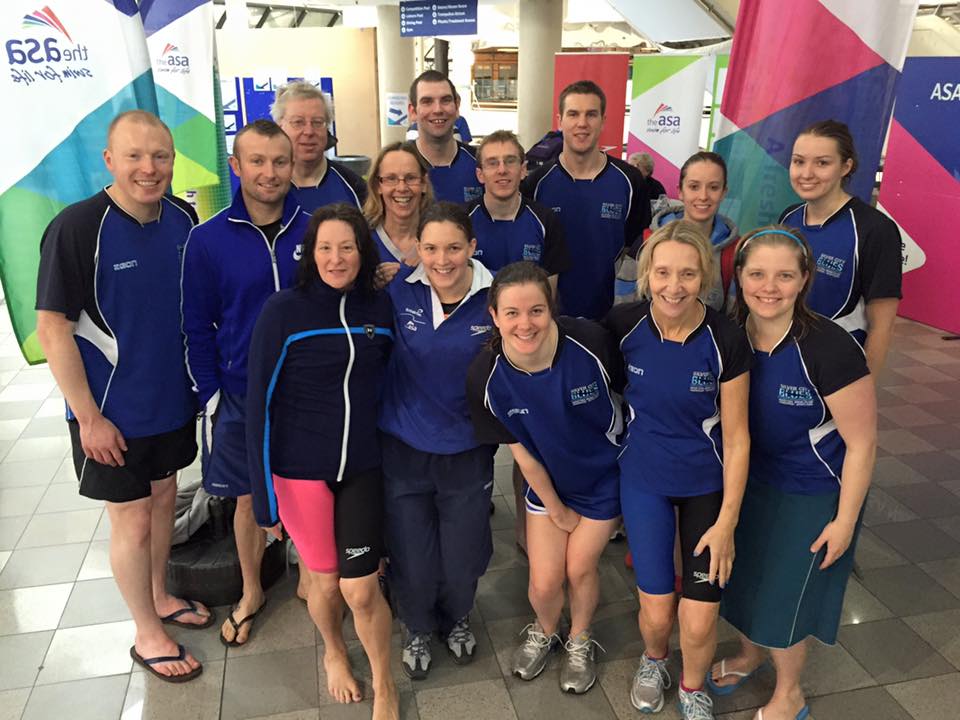 There was also Relay success for the team with a club record for the team of Rachael Keir, Carly Fraser, Laura Robertson and Dianne Fraser in the women’s 4 x 50m Medley Relay and another golden performance in the mixed 4 x 200m Freestyle relay with superb swimming from Brian Bain, Andy Wheeler, Audrey Cooper and June Falconer. The club secured a further 3 silvers and 2 bronze medals from the relays.

This was the largest tem SCB has sent to the ASA nationals and hopefully you’ll be joining us next year!!

The detailed list of SCB’s results can be found HERE

The club trains at two pools: Bucksburn and RGU Sport .

As well as training the club has a very active social life with events ranging from meals out, pub quiz’s, theatre trips, christmas dinner and BBQ’s.