Silver City Blues Masters Swim Club is proud of it’s diverse coaching team and the club’s record on investing in it’s coaches to ensure the highest possible standards for the club.

Dianne has been a member of SCB since 2006 and has recently completed her Level 2 Coaching qualifications. Dianne is particularly interested in butterfly and the fine points of training to improve speed. Dianne also enjoys competing with the club and looks forward to seeing members on poolside soon.

Emma has been involved with swimming for as long as she can remember- she has swum competively for Bridge of Don A.S.C, C.O.A.S.T. and Aberdeen Amateurs. Emma began as a teaching assistant 15 years ago and as soon as she turned 16 she undertook her ASA level 1 Teaching and Coaching courses. Emma then went on to complete both the UKCC level 2 Teaching Aquatics and Swim Coaching qualifications. Over the years Emman has also completed CPDs in teaching swimmers with disabilities, coaching masters and team manager levels 1 and 2.

Emma has been involved with SCB (on and off due to a move!) for the past 9 years both in and out of the pool.

By day, Emma works for CHAS – Children’s Hospices Across Scotland (she might have mentioned this once or twice) as a Community Fundraiser, recently passing her Certificate in Fundraising with merit. 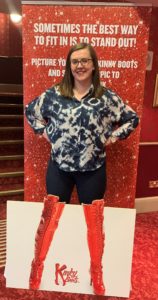 Evi has a bachelors in Geography and is currently studying a Masters in Environmental Partnership Management at the University of Aberdeen, with the aim of finding a job in Marine Conservation once she graduates. 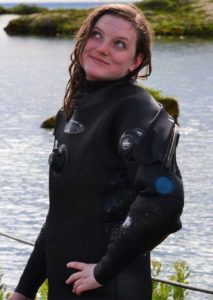 Keith gained his first teaching and coaching qualification five decades ago (ASA Teachers and ASA Club Coach awards).  He coached and taught with Bridge of Don ASC for 20 years as well as C.O.A.S.T.   Keith was also part of the water management plan which ultimately led to the formation of C.O.A.S.T. and laid the requirements for a 50m pool back in the 1990’s.  He was part of the Pathways to Performance and then Flying Start programme and coached in Renfrewshire, Inverness and Orkney as part of this national age group development programme.  He has swum competitively for Bridge of Don and Aberdeen ASC as well as for C.O.A.S.T. prior to joining SCB Masters at the age of 25.  He has competed at 9 World Masters championships and 1 European championships and has raced over 1400 swims in 20 years of Masters.

Norman is a licensed ASA Level 3 Club Coach and GB swimming referee who is well known and respected across the Scottish Swimming community at club, district and national level and within the Masters community. He swam competitively at youth level, in Dundee, in his early years. Norman is a past president of Aberdeen Amateur Swimming Club and Bon Accord Thistle ASC and he spearheaded the restructuring of these clubs during crucial times in their development.  Norman is also a Fellow of the Institute of Swimming (FIOS). A Chartered Project Management Surveyor by profession, owns and runs his own business consultancy in Aberdeen and London. He is married with 3 children- all of whom have swum competitively. 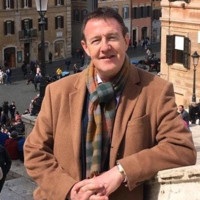 The club trains at two pools: Bucksburn and RGU Sport .

As well as training the club has a very active social life with events ranging from meals out, pub quiz’s, theatre trips, christmas dinner and BBQ’s.